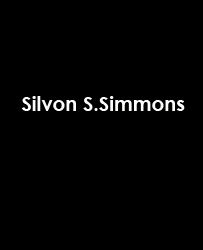 Shortly after the Shots Fired call was made by Officer Ferrigno, Officer Samuel Giancursio arrived on scene. Approximately one (1) minute after the initial Shots Fired call by Officer Ferrigno, Officer Giancursio radioed to dispatch “We have a gun in the back yard here. We’re approximately ten (10) houses up north on Immel from Jay”. The location where Mr. Simmons was shot on Immel Street is the second house north on Immel Street from Jay Street. There are no 911 Emergency Communication recordings where Officers Ferrigno or Giancursio stated anyone fired a gun at a police officer. At no time did Officers Ferrigno or Giancursio report to 911 Emergency Communications that a gun had been fired at them by Mr. Simmons or any other person.

The Mystery 9 mm Ruger is Found

During their investigation, the Rochester Police Department recovered

four (4) shell casings on the ground in the back yard from Officer Ferrigno’s police issued Glock .45 caliber hand gun. It is believed that the four (4) shell casings from Officer Ferrigno’s police issued hand gun were moved from the driveway area and into the back yard since the witness across the street testified that he discharged his gun in the driveway below a lit window. Besides a spent bullet casing found inside the chamber of the Ruger Handgun, the Rochester Police Department did not recover any discharged bullets or other casings from the Ruger Handgun. When the Rochester Police Department allegedly recovered the Ruger Handgun in the back yard, there was no objective evidence that it had recently been fired.

Mr. Simmons Is Admitted at Strong Memorial Hospital and Requests To Be Tested For Gun Powder Residue But Is Refused

Mr. Simmons was transported to Strong Memorial Hospital in critical condition due to his gunshot wounds. He suffered gunshot wounds to the left buttock, lower back, right medial and lateral thigh areas, a moderate sized left hemopneumothorax requiring placement of chest tubes, a severely comminuted left posterior 10th rib fracture with bony fragments, comminuted fractures of the lateral sixth and seventh ribs, multiple contusions, a fracture of the posterior wall and column of the left acetabulum with extensive comminution, 1.3 cm pseudo aneurysm of the right superficial femoral artery, bullet fragment lodged in the left pelvic sidewall just distal to the branching of the main portion of the left iliac artery together with other physical and psychological injuries.

After Mr. Simmons arrived at and was admitted to Strong Memorial Hospital, he again made requests to Rochester police officer Christopher Muscato and other officers to check his hands for gun powder residue since he knew Officer Ferrigno falsely accused him of firing a gun at him but these requests were again denied. While intubated and unable to speak, Mr. Simmons made a written request to Officer Christopher Muscato to check his hands for gun powder residue but was again refused. Officer Muscato then told Mr. Simmons to stop writing questions. Mr. Simmons underwent emergency surgery and medical treatment for his gunshot wounds and other injuries. When Mr. Simmons was admitted at Strong Memorial Hospital, he was intubated, placed and remained on a ventilator until he was weaned off of it on April 4, 2016. For the duration of Mr. Simmons’ admission at Strong Memorial Hospital, he remained under arrest and in the custody of the Rochester Police Department.

Shotspotter is a gunshot detection system with sensors set in undisclosed geographic locations in the City of Rochester. Paul C. Greene is the manager of forensic services for Shotspotter and testified at Mr. Simmons’ criminal trial. When gunfire is detected, Shotspotter reports to the police 911 center to dispatch a patrol car to an accurate location where gunfire is detected. There are 101 cities which subscribe to Shotspotter worldwide, 97 within the United States. Shotspotter was installed in Rochester in 2006 and there are 126 sensors in Rochester covering 7.2 square miles. The City of Rochester pays $130,000 per year to Shotspotter for its gunshot detection services.

Shotspotter’s reliability and accuracy is questionable with an alleged accuracy rate of only 80% within a 25 meter range from the shooting. Shotspotter’s guarantee of accuracy was invented by the company’s sales and marketing team. According to Shotspotter, in one out of five times, the Shotspotter system is not accurate. Shotspotter allows a margin of error because its technology simply cannot detect everything and cannot detect everything accurately. Shotspotter’s reliability and accuracy is also questionable since intervening factors such as buildings, hills, valleys, foliage, trees, leaves, bushes, traffic and construction noise and other extraneous noise impacts Shotspotter’s ability to collect data, currently locate it and identify whether or not a “hit” was actually a gunshot or not. It takes four (4) sensors to participate in detecting and locating a single shot. All Shotspotter audio data is saved indefinitely and never deleted. Shotspotter and the Rochester Police Department have the ability to alter the audio file during the post incident processing of a gunshot incident.

On April 1, 2016 at approximately 9:15 p.m., Lieutenant Mark Wiater of the Rochester Police Department went to the scene of the Simmons shooting and then left around midnight. Wiater was a lieutenant in the Central Investigations Division of the Rochester Police Department and oversaw the Shotspotter program for two (2) years. Wiater testified that he then returned back to the fourth floor at the Central Investigations Division of the Rochester Police Department, logged onto a computer and opened a chat session with Shotspotter. On April 2, 2016 between 12:30 a.m. and 1:00 a.m., Wiater requested Shotspotter to look into the incident, by opening a larger window of time to see if they detected any other gun fire. Wiater acknowledged during Simmons’ criminal trial that Shotspotter initially detected four (4) shots and he wanted them to open a larger window to check to see if there were any other gunfire that may have been detected.

Shotspotter issued a Detailed Forensic Report on April 7, 2016 which gave the times for the discharge of five (5) rounds with the first shot at 9:09:35 p.m. and the fifth shot at 9:09:38 p.m. which report implicated Simmons in the shooting. Officer Wetzel acknowledged during his trial testimony at Simmons’ criminal trial that later that day on April 2, 2016, Shotspotter responded to him that they did find a fifth gunshot after his request.

The Shotspotter Detailed Forensic Report notes “Acoustical data analysis of a gunfire is complex and not comprehensive. The conclusions above should be corroborated with other evidentiary sources such as recovered shell casings, and witness statements”.

In the Simmons’s case, Mr. Greene testified that there is no way to go and look at the original file that was recorded and there is no way to listen to all the audio from that day. He acknowledged that employees of Shotspotter and law enforcement customers with an audio editor can alter any audio file that’s not been locked up or encrypted. Upon information and belief, Shotspotter and/or the City of Rochester Police Department deleted and/or destroyed the spool and/or other information containing sounds pertaining to the April 1, 2016 shooting in the Simmons’ case.

The Criminal Case against Simmons

On April 5, 2016, Mr. Simmons was arraigned at Strong Memorial Hospital on criminal charges for Attempted Aggravated Murder in violation of New York Penal Law §110.00/125.26(1)(a)(i), Attempted Aggravated Assault on a Police Officer in violation of New York Penal Law §110.00/120.11 and two (2) counts of Criminal Possession of a Weapon in the Second Degree in violation of New York Penal Law §§265.03(1)(b) and 265.03(3). Mr. Simmons claims that the foregoing criminal charges against him were based on the false accusations that he possessed and fired a 9 mm Ruger Handgun at Officer Ferrigno on April 1, 2016. Mr. Simmons was discharged from Strong Memorial Hospital on April 11, 2016 and immediately transferred to the Monroe County Jail where he remained incarcerated until his criminal trial ended on October 26, 2017.

Mr. Simmons’ criminal trial began on October 2, 2017 and ended with a jury verdict on October 26, 2017. Mr. Simmons was found not guilty of Attempted Aggravated Murder (Penal Law §110.00/125.26(1)(a)(i), Attempted Aggravated Assault on a Police Officer (Penal Law §110.00/120.11) and Criminal Possession of a Weapon in the Second Degree (Penal Law §265.03(1)(b). By acquitting Mr. Simmons of this specific charge (Criminal Possession of A Weapon 2nd degree), the jury determined that there was insufficient proof that Simmons possessed a loaded firearm with the intent to use it unlawfully against another. The jury, however, convicted Mr. Simmons of Criminal Possession of a Weapon in the Second Degree in violation of Penal Law §265.03(3) (possessing a loaded firearm) and this conviction was based on the Shotspotter testimony and audio that five (5) shots were fired. The Shotspotter audio and Detailed Forensic Reports were offered and received into evidence which provided the proof for this conviction. Although Mr. Simmons’ weapons conviction carried a minimum sentence of 3 ½ in prison, Monroe County Court Judge Christopher Ciaccio immediately released Simmons from prison on his own recognizance pending sentencing.

Mr. Simmons criminal sentencing hearing took place on January 11, 2018 at which time Judge Ciaccio reversed and set aside the jury’s weapon conviction and ordered a new trial but precluded Shotspotter evidence as unreliable scientific evidence. Mr. Simmons new trial began on May 31, 2018 on the remaining weapons charge but the prosecution could not proceed since it was unable to establish without the Shotspotter evidence that the firearm was loaded at the time it was allegedly possessed by Simmons. Mr. Simmons’ defense attorney moved to dismiss the indictment, the Court granted this motion and the criminal proceeding terminated in Simmons’ favor.

In his Amended Complaint, Mr. Simmons has alleged causes of action for:

Mr. Simmons is seeking compensatory and punitive damages reasonable costs and attorney’s fees for the violation of his rights and damages sustained. The named Shotspotter Defendants have served an Answer to the Amended Complaint while the City of Rochester and named Officers have filed a motion to dismiss certain causes of action alleged in the Amended Complaint. It is anticipated that this motion will not be decided and discovery will not begin in this case until Spring or Summer 2019. 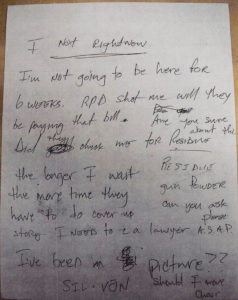